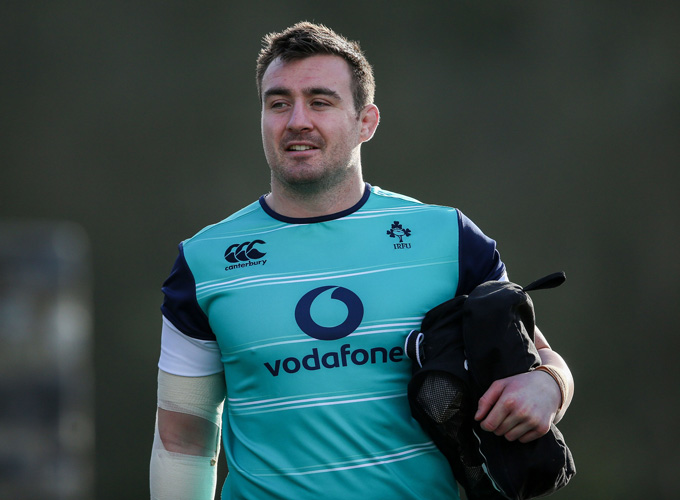 Ireland Head Coach Joe Schmidt includes seven Munster players in his Ireland side to face Scotland in round 1 of the 2017 6 Nations at Murrayfield on Saturday. Four start with Niall Scannell in line to his first Irish cap after being named alongside John Ryan and Ian Keatley on the bench.

In the pack CJ Stander is named at 6 while across the backline Keith Earls and Simon Zebo take charge of the wings with Conor Murray named at scrum half.

Excellent form in the red of Munster sees replacement Niall Scannell included in his first Ireland senior squad. A former Ireland U20 captain, the Dolphin clubman is a product of the Munster development pathway, captaining PBC to a Munster Schools Senior Cup title before entering the Greencore Munster Academy.

John Ryan is named in his first 6 Nations squad after making his Test debut against Canada in the November Series while Ian Keatley returns to the Ireland side for the first time since February 2015.

Speaking at today’s team announcement, Ireland Head Coach Joe Schmidt stated that Donnacha Ryan took a limited part in training this week due to a medial ligament niggle with Peter O’Mahony remaining a doubt for the Italy game due to a hamstring complaint.