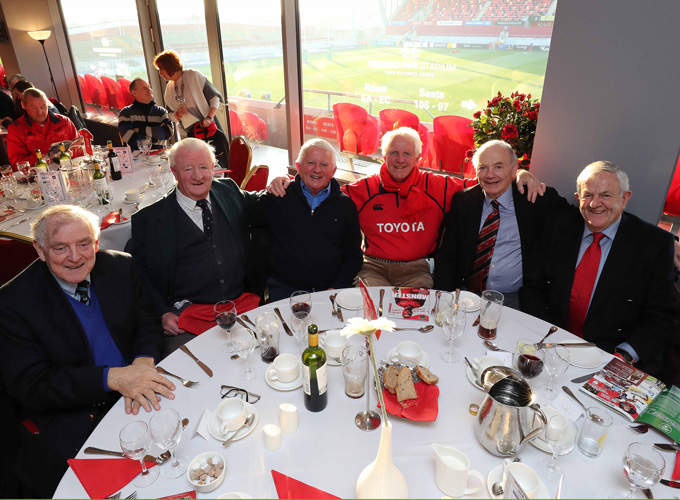 Played in front of a full house of 10,000, Johnny Moroney scored the decisive try with Tom Kiernan kicking two penalties and a conversion in the historic win. Peter Ryan added the extra points to a try by Alan Cardy and John Brass kicked a penalty for the Wallabies.

The final action of the game presented the Wallabies with a chance to draw level or maybe even sneak a win with an attacking scrum, but what transpired as the sides packed down would be a hotly contested topic of conversation for years to come.

Speaking to Charlie Mulqueen in the Irish Examiner this week, Munster hooker on the day Ken Ging recalled the closing stages.

“Referee Gilliland from Ulster awarded the scrum to Australia and the ground became deadly quiet. Ken Catchpole, the Aussie scrum-half, was just about to put the ball in when the voice of Noisy (Noel Murphy) was heard to inquire how much time was left. ‘It is full time now’ replied Mr Gilliland. Tom Kiernan screamed, ‘then blow your bloody whistle’.

“To his eternal credit, that is what that finest of referees did, and we were home if not exactly dry.”
The Australians were none too pleased. Brendan O’Dowd played for Munster in the second row that day and discussed the referee’s decision to call time.

Returning to the scrum Catchpole then aborted his second put-in as further instruction was issued from the Australian backline and with that came the full-time whistle from Gilliland, indecision costing the tourists one final attacking opportunity.

The legendary Tom Kiernan captained the side and went on to coach the 1978 Munster team that famously beat the All Blacks in Thomond Park.

In marking the anniversary a number of the 1967 team attended Saturday’s Champions Cup clash against Racing 92 as guests of Munster Rugby (pictured above) where their landmark achievement was remembered during half time.