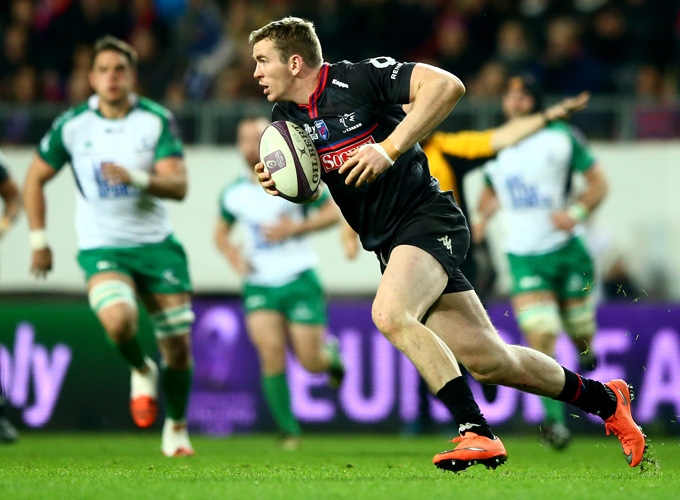 Munster Rugby and the IRFU can confirm that Dave Kilcoyne, Niall Scannell, Rory Scannell, Tyler Bleyendaal, Duncan Williams and Darren Sweetnam have all signed contract extensions, while Chris Farrell, JJ Hanrahan and James Hart will join the province next season.

Munster Rugby and the IRFU can confirm that Dave Kilcoyne, Niall Scannell, Rory Scannell, Tyler Bleyendaal, Duncan Williams and Darren Sweetnam have all signed contract extensions, while Chris Farrell, JJ Hanrahan and James Hart will join the province next season.

The incoming Irish trio of Chris Farrell, JJ Hanrahan and James Hart have signed two-year contracts with the province. Farrell and Hart will make the move from their respective Top 14 sides, Grenoble and Racing 92, while Hanrahan will return after two seasons with Premiership outfit Northampton Saints.

23-year-old Farrell is in his third season with Grenoble where he has made 70 appearances, scoring 10 tries. A former Ireland U20s player, the Belfast-born centre first played his professional rugby with Ulster.

Currently with Racing 92, scrumhalf Hart has made 12 appearances this season, his most recent as a replacement in Saturday’s Champions Cup encounter at Thomond Park. Before joining the Parisian club the 25-year-old played his rugby with Farrell at Grenoble, making 60 appearances.

Kerry-man JJ Hanrahan returns to the province after two seasons with Northampton Saints. The 24-year-old has played on 30 occasions for the English club, lining out in the centre and at out-half.

There was further positive news with contract extensions for out-half Tyler Bleyendaal and for the home-grown talents of prop Dave Kilcoyne, the Scannell brothers, hooker Niall and centre Rory, scrumhalf Duncan Williams and winger Darren Sweetnam.

Meanwhile, it has been confirmed that Tomás O’Leary, who joined Top 14 side Montpellier on a short-term loan in October, will not be returning to the province. The 33-year-old scrumhalf made 145 appearances in the red jersey scoring 10 tries.

Commenting on the new signings Director of Rugby Rassie Erasmus said: “I’ve always indicated our intention to recruit Irish qualified players where and when possible so to secure the young trio of Farrell, Hanrahan and Hart is great for the province and Irish rugby in general. In addition to being hugely talented they bring a wealth of knowledge with their combined experiences from playing abroad and this will help with our overall squad development.”

Referring to the contract extensions Erasmus added: “I’ve talked about maximising our potential time and time again. Retaining players such as Killer (Dave Kilcoyne), Niall, Rory, Tyler, Duncan and Sweets (Darren Sweetnam) is key to our long-term plans and they have all played an integral role in our success so far this season.

“Developing home-grown players is at the core of everything we do and it’s rewarding to see five players who have advanced from the Munster pathway commit their future to the club, while also recognising the efforts of Tyler who has overcome long-term injury to make his mark in the squad this season.”