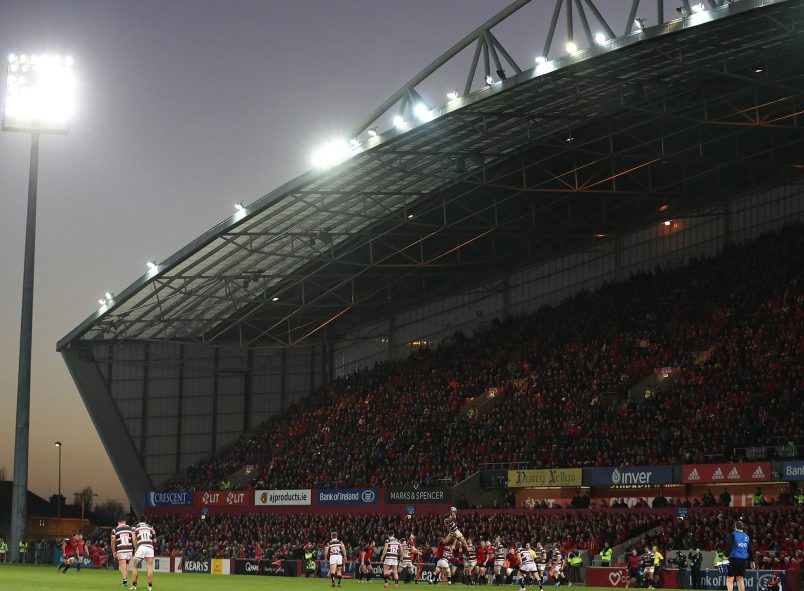 In supporting this season’s nominated charities, Diabetes Ireland and the Alzheimer Society of Ireland, one euro from each match programme sold at Munster’s St. Stephen’s Day encounter with Leinster will be donated to these worthy causes.

In keeping with previous years the round 11 Guinness PRO12 Interpro fixture has been nominated as Munster's official “Charity Match”.

During half-time, representatives from Diabetes Ireland and Alzheimer Society of Ireland will each be presented with a signed Munster jersey.

Match programmes will be on sale in Thomond Park on matchday and cost €;5, with €;1 from each match programme sold donated to the respective charities.

Across the season Munster Rugby is working closely with their nominated charities, providing them with active support on specific projects and helping them raise awareness and funds for projects in Ireland, and abroad with Haven Partnership (International charity).

“With so many deserving charities it is always a difficult process in selecting the nominated charities each season and where possible we will continue to support additional charity initiatives.

“As with every season our objective is to increase awareness and raise funds for our nominated charities who do such wonderful work in Munster, Ireland and abroad.”

Diabetes Ireland
Since 1967, Diabetes Ireland has been the national charity dedicated to helping people with diabetes. They achieve this by providing support, education and motivation to everyone affected by diabetes. Diabetes Ireland also raises public awareness of diabetes and funds research into finding a cure for diabetes.

There are over 225,000 people in Ireland with diabetes. Through over 220 local free public meetings/events/screenings/ education courses per year Diabetes Ireland supports these people on all aspects of their diabetes management and educate the wider community.