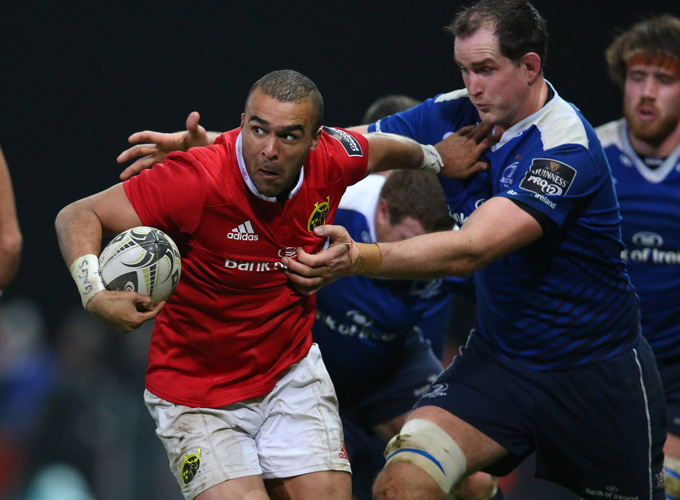 The scene is set for another momentous atmosphere at Thomond Park on St Stephen’s Day as all 26,200 tickets have now been sold for Munster’s top of the table clash with old rivals Leinster in the Guinness PRO12.

With the game close to sell out last week, additional seating was added to facilitate as many supporters as possible with the attendance now set to be the highest ever for a PRO12 fixture at Thomond Park.

Incidentally the previous highest PRO12 attendance in Limerick was also for a Munster v Leinster clash, when the sides went toe-to-toe in the 2011 final in front of 26,100 fans.

Points difference is all that separates the sides as they battle for both bragging rights and top spot on St Stephen’s Day in what’s sure to be a titanic battle in front of a sold out and heaving Thomond Park – KO 5.30pm.

And the games don’t end there with massive European and PRO12 ties to come in the New Year.

The best value tickets on offer are part of our Christmas Multi Match Packs where you can select 3 games, including Munster v Racing 92, from €;54.

Select a minimum of 3 games and save 10% across the cost of all games.

Mix and match with Champions Cup rugby when Munster face Top 14 Champions Racing 92, add in Interprovincial spice with the pick of Connacht and Ulster in 2017. With so many choices make sure you get the best prices on offer before it's too late.