O’Mahony: ‘Leicester Will Be Hurting’ 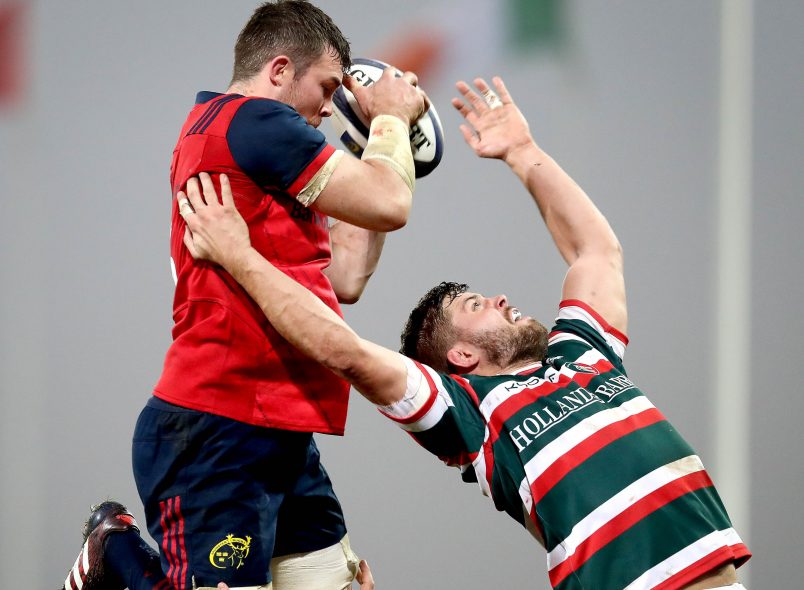 Munster captain Peter O’Mahony has warned of the danger posed by a wounded Leicester Tigers side next Saturday in Welford Road (3.15pm).

A 38-0 win for the province over the English side secured maximum points on Saturday but Leicester will be chomping at the bit to get another go at Munster on their home patch.

“Because it’s so close I think it makes the second week probably more difficult,” said O’Mahony. “Especially given the club Leicester are and the quality they have, they will be hurting after that. They’ll be waiting for us over there, and we have to have a big week. We have to recover well, and have a big training week, and probably have the biggest European week of this current team’s history so far. They’ll be mad to get us over there and get stuck into us.”

Munster have now won seven games in a row — two in the Champions Cup, four in the PRO12 and the victory against the Maori All Blacks — and delivered another big performance on Saturday.

“Europe is very important to us and we have a history of making Thomond Park special. You always want to go out and honour it and honour the crowd and the effort they put in to show up and cheer us on like they always do. It was nice to be able to put in a good performance for them.”

O'Mahony's focus is now firmly on the daunting trip to Leicester. “We’ve been here before, we’ve won six out of six Heineken Cup pool games and lost quarter-finals, so you’ve really got to live in the week,” the Munster captain said.

“Things can happen, things can go against you, all you have to worry about is the week you’re going into and the team that you’re up against. With the group we have, if you start looking down the line, and you’ll be turned over, especially against sides like Leicester.

“I don’t think we’re punching above our weight. I think we can keep building, we’re certainly a long way off from where this group can be.

“We’re still feeling our way into a game-plan, into what Rassie and Jacques and Jonesy and Fla are doing. We’re a long way off where we can be. But if we can keep momentum up, keep building from week to week. There will be losses, we know that and it will be about learning from them and learning from wins as well.”