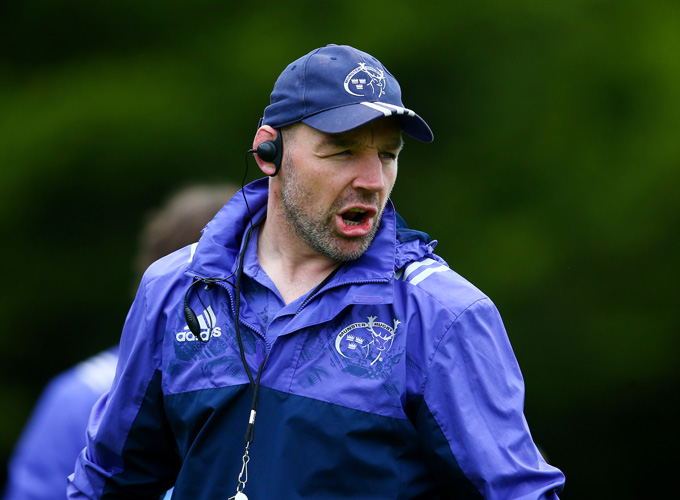 Following an opening round defeat to reigning champions London Welsh at Midleton RFC, Munster A return to British and Irish Cup action away to Rotherham Titans on Saturday at 2pm. Read our preview and get the pre-match thoughts of Munster A Head Coach Peter Malone.

No less than eleven players made their British and Irish Cup debuts for Munster A in the opening round of the competition in October. Malone fielded a mixture of experience and emerging talents from across the senior, academy and local club ranks with the likes of seasoned Champions Cup and Guinness PRO12 campaigner Andrew Conway starting alongside the likes of recent World Rugby U20 Championship representative Sean O’Connor.

Overcoming the defending champions London Welsh in round one was always going to be a big ask. And while Malone’s young charges acquitted themselves very well for much of the game and opened with a try on 6 minutes through debutant John Foley, ultimately Welsh would make their greater experience and size pay in recording a 15-30 win over the Munstermen. See full highlights below.

This weekend Munster A face Rotherham Titans for the first time since the 2012/13 season. Back then the province recorded a fine away win at Clifton Lane (21-36) before Titians held the men in red to a 9-9 draw a week later. It took a late JJ Hanrahan penalty to give Munster a share of the spoils in Cork.

Rotherham opened their campaign with a 34-17 win over Doncaster but, like their challengers this weekend, they also succumbed to the nous and power of London Welsh, losing 40-24 at Old Deer Park. A mixed bag in terms of performance sees them enter this weekend’s clash off the back of a loss, a draw and a win in their last thee English Championship games.

Sunday week gives Munster fans in and around Clare the chance to cheer on Munster A when they bring the return Rotherham fixture to Ennis RFC at 2pm. Tickets can be bought at the ground on matchday while entry is free for all MRSC members and Ten Year Ticket holders.

A new generation of emerging talent together with some experienced heads will look to get Munster A’s B&I Cup campaign back on track this weekend with Malone to name his side at midday tomorrow.