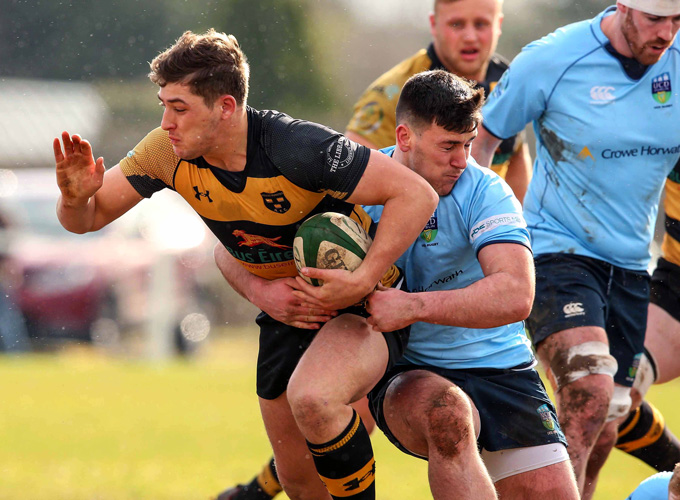 In reporting just the usual bumps and bruises from Saturday’s win over Treviso, Director Rugby Rassie Erasmus today confirmed that Sammy Arnold is the only player requiring further assessment.

Arnold sustained a bang to the shoulder and will be assessed further in the coming days by Munster medical staff.

Tommy O’Donnell who sustained a dead leg in the round 9 encounter is expected to train fully this week.

Jean Kleyn (ankle) and Dave Foley (elbow and calf) both made a successful return to action and suffered no ill-effects from their game time on Saturday.

A number of contracted players lined out for their clubs in the weekend’s AIL action.

In Division 1A, under lights at Tom Clifford Park on Friday night, Garryowen edged out hosts and local rivals Young Munster on a 13-11 scoreline, a loss that saw the Cookies slip to second in the 1A standings. David Johnston and academy talents Bill Johnston and Steven McMahon featured for the Sky Blues with the academy’s Dan Goggin, Calvin Nash, Gavin Coombes and Fineen Wycherley all lining out for Young Munster.

On Saturday the academy’s Liam O’Connor, Ned Hodson, Rory Burke and Shane Daly helped Cork Constitution to a 10-30 away win over Dublin University at College Park. O’Connor was among the try scorers with Con now climbing to third on the 1A table.

In Division 1B, UCC played host to local rivals Dolphin under lights on Friday night. The visitors overcame a ten point deficit to defeat the college men 15-25, academy prop Brian Scott featuring in the front row for Dolphin with Peter McCabe packing down for UCC. The result sees Dolphin climb to 8th, just two points adrift of UCC who remain in 7th.

John Andress and academy duo Greg O’Shea and John Foley all started for Shannon against Old Wesley at Coonagh on Saturday. Despite securing a 24-24 draw, the Limerick side remain at the bottom of 1B.

UL Bohemian lost 13-10 away to Naas but remain second in the overall standings.