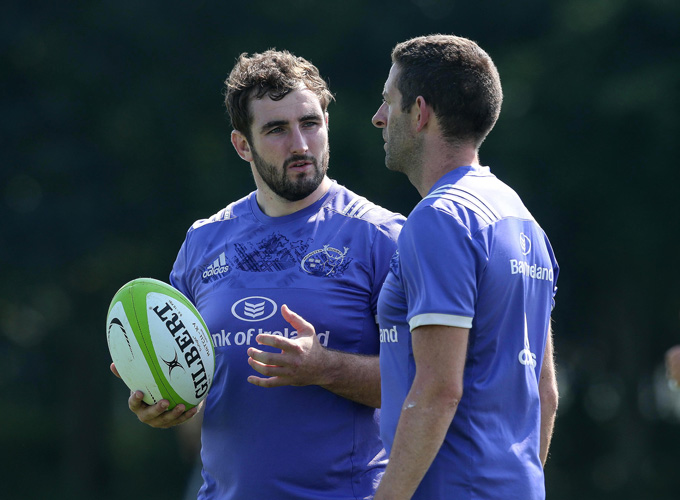 Following Friday’s win over the Maori All Blacks and with a break in Guinness PRO12 action this coming weekend, they squad will take some down time this week before resuming Treviso preparations next Monday.

A number of injured players will continue with their respective rehabilitation programmes in UL this week.

James Cronin emerged as the only injury concern during Friday’s action at Thomond Park. The loosehead has undergone a scan for a pec injury sustained in the opening half and is currently awaiting the results.

No less than three Munster representatives – Billy Holland, Jack O’Donoghue and John Ryan – made their test debuts for Ireland in the November Series win over Canada at the Aviva Stadium on Saturday evening. Holland and O’Donoghue both started alongside captain Peter O’Mahony and try scorer Keith Earls with Ryan, Dave Kilcoyne and Donnacha Ryan all seeing game time off the bench.

Meanwhile, at the annual World Rugby Awards last night, Munster’s Conor Murray and Simon Zebo both had parts to play in Jamie Heaslip’s World Rugby Try of the Year. A free-flowing team move, it was Ireland's fourth try in a 58-15 victory over Italy during this year’s 6 Nations.

Voted for by the fans on World Rugby Twitter, the IRPA Try of the Year 2016 is @jamieheaslip! #WorldRugbyAwards pic.twitter.com/1UaFdN8dTa

Next Home Game:
Munster return to home action on Saturday November 26th when they welcome Benetton Treviso to Thomond Park at 2pm.

Tickets can be purchased online here, or from the Munster Rugby Ticket Offices at Thomond Park and Irish Independent Park.