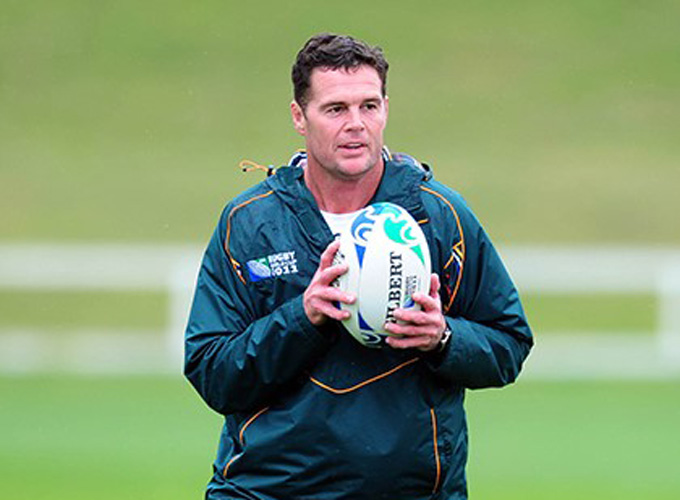 Munster Rugby and the IRFU are pleased to confirm that Johan ‘Rassie’ Erasmus has been appointed Director of Rugby on a three year deal, commencing on July 1st.

Munster Rugby and the IRFU are pleased to confirm that Johan ‘Rassie’ Erasmus has been appointed Director of Rugby on a three year deal, commencing on July 1st.

The 43-year-old who hails from South Africa and won 36 caps for the Springboks is currently General Manager High Performance of South African rugby, a position he has held since 2012.

In a playing career that spanned 8 years Rassie lined out for the Free State Cheetahs and the Golden Lions in the Currie Cup, and for the Cats and the Stormers in the Super 12.  He served as captain of the Cats, leading them to the 2000 Super 12 semi-finals, and also captained the Springboks in 1999.

After retirement, Erasmus moved into coaching and guided the Cheetahs to Currie Cup glory in 2005 – the Bloemfontein-based team’s first Currie Cup title since 1976.

The following year, his Cheetahs side shared the Currie Cup trophy with the Blue Bulls and he became the first ever coach of the Cheetahs Super Rugby franchise when they were accepted into the Super 14 that year.

In 2007, the Eastern Cape native served as technical adviser for the Springboks during their Rugby World Cup winning campaign in France before becoming Head Coach of the Stormers and Director of Coaching at Western Province.  Erasmus served a second term as technical adviser to the Springboks during the 2011 Rugby World Cup in New Zealand before assuming the General Manager High Performance role.

Commenting on the appointment Garrett Fitzgerald, Munster Rugby CEO said, “We are delighted to announce Rassie Erasmus as Munster Rugby’s Director of Rugby.  In recruiting Rassie we are securing the services of a world-class individual who was the stand out candidate for this newly created position.

“In addition to his extensive playing and coaching experience Rassie’s current role has afforded him the opportunity to develop his skill-set further, garnering invaluable knowledge and expertise while implementing an all-encompassing rugby programme which will be key to this role.

Outlining the role further Fitzgerald confirmed, “The Director of Rugby role will lead Munster’s senior team, academy and coaches to deliver Munster’s Strategic Plan with ultimate responsibility for team performance and results.  The role will have overall responsibility for defining on field strategy and ensuring its implementation.

“After completing a comprehensive world-wide search we would like to thank all parties involved in this appointment.  The process included the input of all relevant stakeholders with each stage concluded promptly in the best interests of Munster Rugby.

“We look forward to welcoming Rassie at the start of the 2016/17 season in what will be an exciting time for the province as we operate from our new High Performance Centre in UL.”

David Nucifora, IRFU Performance Director, commented, “Irish Rugby is fortunate to have secured such an outstanding talent as Johan Rassie Erasmus.   Rassie’s long history in the game has seen him enjoy coaching success in the Currie Cup and Super Rugby and has seen him develop some of the best talent in South African rugby.

“His experience leading the Cheetahs to win the Currie Cup in 2005 and 2007 before taking the Stormers to a Super Rugby final in 2010 and winning the South African Conference in 2011, coupled with his management of South Africa¹s  high performance department makes him the ideal candidate to take over as Director of Rugby at Munster.”

Rassie Erasmus said, “It is a huge honour to have been appointed by Munster Rugby in the newly created role of Director of Rugby.

“It is an opportunity which comes with a huge responsibility not only to the club who has a proud 137-year history, but also the supporters and the wider community.

“It is a challenge which I humbly accepted but with a clear desire to use all my past experience as a player, coach and administrative High Performance manager, to make Munster Rugby one of the top rugby clubs in Europe.

“I would also like to thank my colleagues at SA Rugby, and specifically the CEO, Jurie Roux, for affording me the opportunity to serve in the role of General Manager for the High Performance over the last 4 years.  It was truly an honour to work in an environment where innovation and pushing the boundaries of acceptable norms were encouraged.  I have learnt a great deal from my experiences in the last 5 years and trust that the organisation under its current leadership will achieve great things on and off the field.

“The decision was ultimately a personal one which I made with my family in what we believe is the right time and without a doubt the best Club to experience something different as part of our personal goals we have set.”