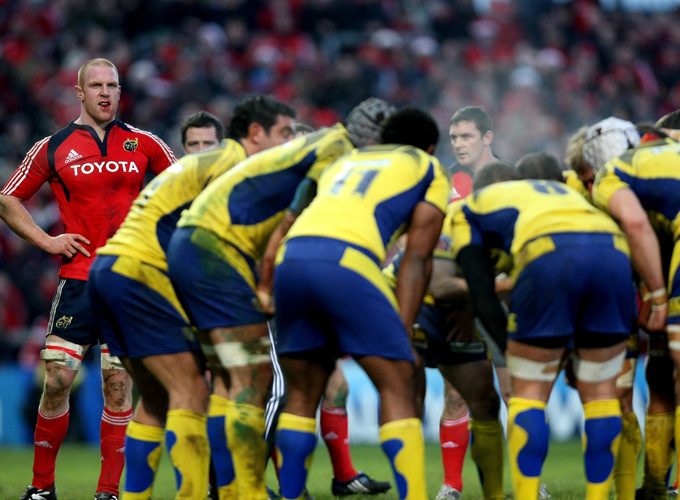 Following this morning’s announcement that Paul O’Connell has retired from professional rugby, fans and players alike have taken to social media in their droves to show their appreciation for the second row stalwart who captained Munster, Ireland and the Lions across a highly decorated 14 year career.

Following this morning’s announcement that Paul O’Connell has retired from professional rugby, fans and players alike have taken to social media in their droves to show their appreciation for the second row stalwart who captained Munster, Ireland and the Lions across a highly decorated 14 year career.

Within minutes of this morning’s unexpected news at 10am, the hashtag #ThanksPaulie became the number one trending topic in Ireland as has continued to remain so across the day such is the sense of appreciation and gratitude for the man who achieved so much for both province and country.

A Leader, a Lion, a Legend…#ThanksPauliehttps://t.co/gRLaev6dKv

#ThanksPaulie ?
My favourite photo of one of my most favourite men….Rugby has lost a gent! pic.twitter.com/5MtonD8tMk

Something beautiful and fitting the great man retires as a 1 club man .The pride of Limerick and a role model for the rest of the country.??

Sad to see @Paul_OConnell retire, but what a legend on and off the field. Pleasure to share the same field with and against him.

Best of luck @Paul_OConnell in your retirement. Civilian life is great. I should have copped on Saturday when you ordered a fry up #legend?

All the very best retirement wishes to @Paul_OConnell – thank you for so many great European memories pic.twitter.com/mPG7IT27RF

Don't know if we'll see another like him. #ThanksPaulie pic.twitter.com/yBq4GwTCr4

Have to frame this one up ! Some great battles over the years @Paul_OConnell all the best for the future !! #Legend pic.twitter.com/hLEuwPidPN

Sad that @Paul_OConnell has been forced to retire. Incredible career and great man. Would still make most teams on 1 leg! #ThanksPaulie

Congratulations @Paul_OConnell on a fantastic career ?

End of a illustrious career for one of rugby's greatest and more humble hero you'll never meet. #thanksPaulie #SUAF pic.twitter.com/zR4ogi867d

Honor and a privilege to have played alongside @Paul_OConnell One of the greatest of all time. Enjoy the next journey!

I'm sad we will no longer see Paul O'Connell play rugby but what a privilege to see him play. He gave so much joy to us all. #ThanksPaulie