O’Connell Through The Seasons 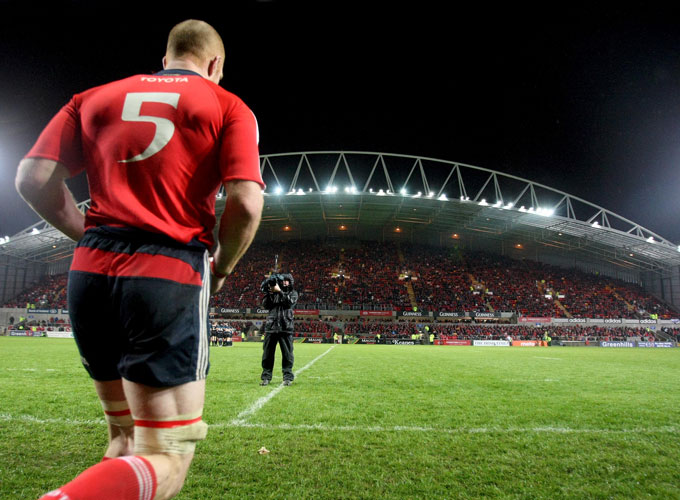 Spending over 14 seasons as a professional rugby player, Munster’s Paul O’Connell enjoyed a truly illustrious and trailblazing career for both province and country.

Spending over 14 seasons as a professional rugby player, Munster’s Paul O’Connell enjoyed a truly illustrious and trailblazing career for both province and country.

A native of Limerick, he initially excelled at swimming before turning to rugby. While attending Ardscoil Rís – whose alumni also include Mike Sherry, Dave Kilcoyne and Sean Cronin – a young O'Connell competed in the Munster Schools Senior Cup after which he won inclusion in the Ireland Schools side of 1997/98 alongside fellow international Gordon D'Arcy.

While climbing through the Munster ranks, the second row also honed his talents in the club game, lining out for Young Munster, and his Irish representation at U21 level was a sign of things to come in both the provincial and international jersey when he played five consecutive games alongside Donncha O'Callaghan.

Since his senior debut for the province against Bath in August 2001 (Brazen Head Trophy), closely followed by his league and European debuts against Edinburgh and Castres respectively, the 6’ 6” giant went on to make 178 appearances in the red of Munster.

A natural born leader, having previously played his part in Munster's 2006 Heineken Cup triumph, O'Connell succeeded Anthony Foley as club captain in July 2007 and went on to become the club's most successful captain of the professional era. Under his stewardship Munster claimed a second European title in 2008 followed by league titles in 2009 and 2011.

CLICK HERE to view our gallery of Paul O'Connell through the years at Munster.

Earmarked for Irish honours from an early age, O'Connell won his first international cap within months of making his senior provincial debut. Then Head Coach Eddie O'Sullivan included him in the starting line-up against Wales in the 2002 6 Nations and the 21-year-old rewarded the faith shown in him by crossing for a try in Ireland's comprehensive 54-10 victory on the day.

From there, O’Connell went on to enjoy a fruitful international career that saw him play in four World Cups and become just the fourth player in history to win over 100 Irish caps, making 108 appearances in total.  In terms of international silverware, he can boast four Triple Crowns, two 6 Nations championships and one Grand Slam.

A British and Irish Lions tourist on three occasions, he captained the side on the Tour to South Africa in 2009 before also leading his country on a stand-in basis prior to the full Irish captaincy in 2013, lifting the 6 Nations trophy in 2014 and 2015.

As talismanic and inspirational as ever at Rugby World Cup 2015, on his final appearance in green, O'Connell and Ireland recorded another famous victory – their third straight win over France and their first over their European counterparts at a World Cup.

However the win came at a cost with the second row sustaining a long-term hamstring injury that ended his World Cup involvement, and ultimately, his hopes of finishing out a distinguished playing career with Rugby Club Toulonnais in France.

A statement released from the player this morning read, “It is with deep regret that I have decided to retire from professional rugby following medical advice. I would like to take this opportunity to thank all at Rugby Club Toulonnais for their understanding and support over the past few months.

“Since sustaining the injury at the World Cup I have been fully focused on returning to fitness and starting an exciting new chapter for both myself and my family in Toulon. Unfortunately this will no longer be possible.”  Read the full statement here.

CLICK HERE to see our Player Gallery of Paul O'Connell's time in green.

Such an acclaimed career has deservedly been marked over the years.  In 2006 the Limerickman was nominated for the 2006 IRB Word Player of the Year award, and in the same year, he was named the IRUPA Player's Player of the Year.  Just last year O'Connell scooped IRUPA's ultimate accolade for the second time and was also voted the 2015 RBS 6 Nations Player of the Tournament.