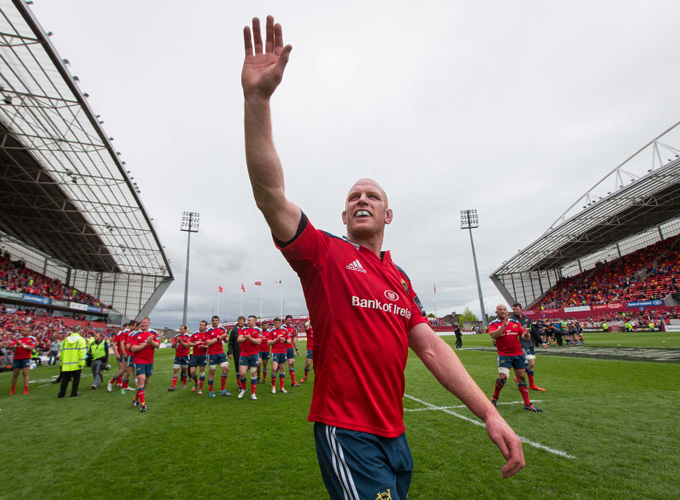 Following a glittering career with both Munster and Ireland, Paul O’Connell was this afternoon conferred with an honorary doctorate at the University of Limerick.

Following a glittering career with both Munster and Ireland, Paul O’Connell was this afternoon conferred with an honorary doctorate at the University of Limerick.

The former Munster captain has had a long association with the University, one that extends beyond rugby. Initially excelling at swimming as a teenager, the Limerick native trained in the UL pool before studying Computer Engineering there and later serving on the board of the UL Foundation.

The 36-year-old also captained his country in a fruitful international career that saw him win 108 caps, play in four World Cups and win four Triple Crowns, two 6 Nations championships and one Grand Slam.

Commenting on today’s ceremony UL President, Professor Don Barry, said, “The awarding of a University of Limerick Honorary Doctorate is an occasion when we get the opportunity to honour those who have inspired, who have led with courage and passion and who have made great contributions in their field of endeavour.

“Much thought, consideration and deliberation goes into deciding who is worthy, except when it is a real-life superhero, and particularly when his name is Paul O’Connell. Today I am very proud that UL bestowed upon Paul our highest honour. He was already an important member of the UL family, but today he accepted a place in the history of this institution.”

This year saw O’Connell sign a two year with current European champions Toulon. The second row is currently sidelined due to a hamstring injury sustained against France at the Rugby World Cup.

CLICK HERE to view our gallery of Paul O'Connell through the years at Munster.