Poite In Charge at Murrayfield 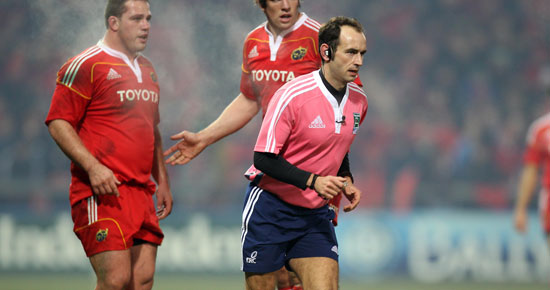 Romain Poite will take charge of Munster’s round 5 game against Edinburgh at Murratyfield on January 13th (12.45).

Poite was to have reffed the game against Saracens at Thomond Park Stadium but pulled out because of injury.

Wayne Barnes will be the man in the middle when Munster play their final Pool game against Racing Metro at Thomond Park Stadium a week later, a game that once again has an unsuitable 12.45pm kick off.

Three of Munster's Pool games this season have been set for Sunday at 12.45pm and last season there was another 12.45 Sunday kick off.