All Clear For Ronan 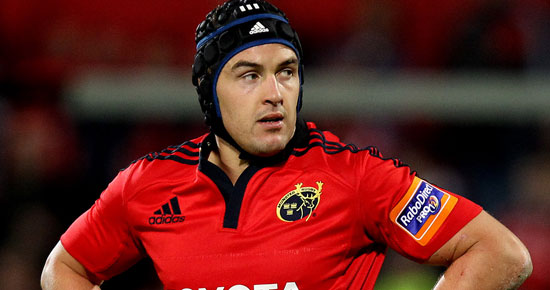 Following a scan yesterday at CUH Niall Ronan was found not to have sustained serious injury in the incident on Sunday night in the game against Scarlets that saw him stretchered off.

He returned to his Limerick home and his condition will be monitored on a daily basis with an indication of when he'll be available for a return being made sometime next week.

Scarlets lock Jake Ball has been cited for the incident that hospitalised the Munster flanker.

Match day citing commissioner John West deemed the act contrary to IRB regulation 10.4 (k), which states: “Dangerous play in a scrum, ruck or maul. Players must not charge into a ruck or maul without binding."

Coughlan & O’Donnell In The Mix For Warriors Clash?