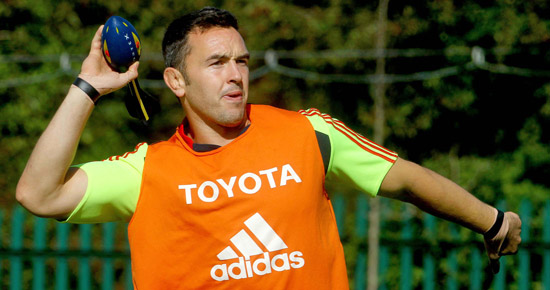 In terms of getting his timing right Niall Ronan probably couldn’t done it better, named at openside for Munster when they resume their RaboDirect PRO12 campaign on Sunday in Musgrave Park (5.15pm).

He’s been out of action since the game against Ospreys almost two months ago and will have watched from the sidelines as Sean Dougall proved a more than capable replacement.

Dougall then injured a knee in the game against Cardiff Blues while another claimant to the number 7 jersey Tommy O’Donnell also shipped an injury (ankle) that rules him out for a short while.

So from Munster’s point of view Ronan’s return couldn’t come at a better time. The player himself who would have been reaching the 100th cap milestone about now had he not been injured is obviously delighted to be back and looking forward to the game on Sunday. “I suppose injury is just part and parcel of the game, you’ve got to get on with it. I’m really looking forward to Sunday, getting back out there."

“Scarlets are always a dangerous team no matter who plays for them. Home or away they are invariably always tight games."

And it’s up front where the key to this game lies according to Ronan. “We’ve concentrated on scrums and lineouts this week and if we can match them in those areas then I think we’ll have a good chance."

“We’re expecting a very tough game this weekend. I think the Welsh teams are very physical. We have to match them in the physical side – in the pack. If we don’t do that then we’ll be under serious pressure.”