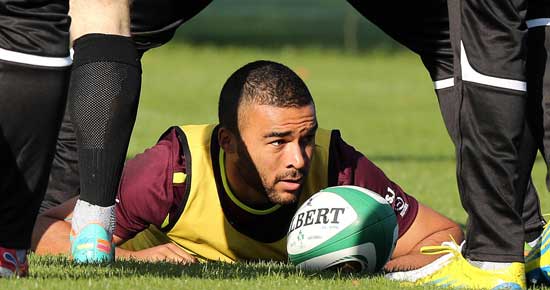 Simon Zebo makes the move to fullback for the first time for Ireland v South Africa at the Aviva on Saturday, and is one of eight Munster players named in the squad.

Zebo is joined in the backline by Keith Earls in the centre and Conor Murray at scrum-half while Donnacha Ryan partners Mike McCarthy in the second row, with Peter O'Mahony named at blindside with Jamie Heaslip at the healm.

Dave Kilcoyne is one of four uncapped players named in the squad and is joined by his Munster colleagues Donncha O'Callaghan and Ronan O'Gara on the bench,