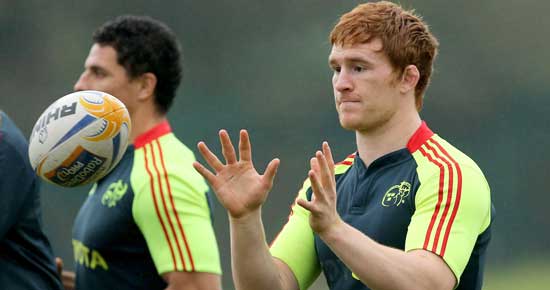 Sean Dougall who was helped off with a knee injury after 25 minutes in Munster’s victory over Cardiff Blues at the weekend has been ruled out of action until mid-December.

It was confirmed after an initial scan that Dougall suffered a grade 3 ligament sprain in his knee and he will undergo further examination next week when he meets with the specialist.