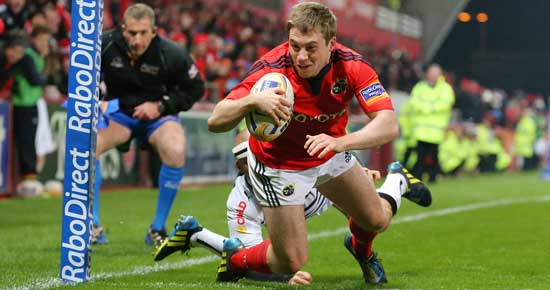 For the second successive week Munster left it late before snatching a bonus point win, thie time in the RaboDirect PRO12 , when beating Zebre 29-3 at Thomond Park Stadium

Luke O'Dea scored the bonus point try after JJ Hanrahan had scored a brace and Felix Jones another, all in the second half after it had been 3-3 at half-time.