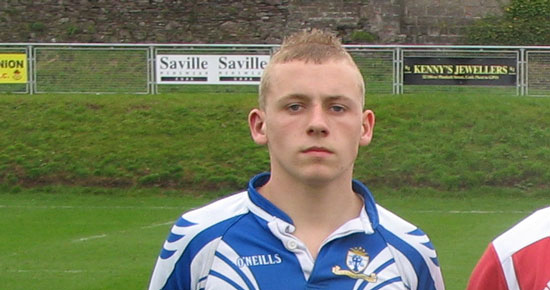 With just one series of games remaining the battle is hotting up for the qualifying places in the knock out stages of both the Bowen Shield and McCarthy Cup.

Christians and Rockwell share top spot in the Bowen Shield with five wins from five and St. Munchin’s are in third place a further three points behind and with CBC hosting St. Munchin’s in the final game, the placings for the knockout stages are wide open.

Christians continued their good run with a 37-10 home win over St. Clements. C.B.C. led 20-0 at half time with tries from William Trevor, Cian Barry and Shane O’Hanlon. Jamie Murphy kicked a conversion and a penalty.
Trevor, Colm Fitzgerald and Tim O’Keeffe added tries for the winners after the break and Ryan Minihan replied with a try for Clement’s and Conor Redmond kicked a conversion and penalty.

St. Munchin’s maintained their challenge with a 31-10 away win over Bandon Grammar.
Kieran Bennett, Tadgh O’Connor, Shane O’Sullivan, Peter Meyer, Thomas Madden and Antoine Sheehy were Munchin’s scorers. Conor Higgins replied with a try for Bandon and Bobby Smith kicked a conversion and a penalty.

Christians remain on top of the McCarthy Cup table after their 40-0 home win over St. Clements. Darragh McGinn scored two tries for the winners Oisin Conway, Cillian O’Sullivan, Michael Doherty and Joe Harrington got one each. Conway kicked one conversion and James Taylor four.

Bandon Grammar caused the upset of the day when they ended St. Munchin’s unbeaten run with a 22-7 victory. James French opened the scoring for Bandon with a try but the Limerick side hit back with a try from Aaron Rice which James Kiely converted. A second try from French which Sean Hudson converted gave the home side a 12-7 interval lead. In an exciting second half play swung from end to end and Hudson extended Bandon’s advantage in the dying minutes with a penalty and followed up with the conversion of French’s third try on the stoke of full time.

Castletroy still remain in third place despite losing at home to PBC 17-15. The Cork side had tries from Eoin Tuohy and Peter Sylvester and Harry Shanahan converted both and also added a penalty. Andrew Kennedy, Sean English and Shane Mullins replied with tries for Castle troy.

Crescent kept their playoff hopes alive with a 48-17 away win over Glenstal Abbey. Brian Ryan scored three tries and a conversion for the winners. John Blake, Kelvin, Brosnan, Peter King and Clyde O’Connell were their other try scorers with O’Connell kicking four conversions and a penalty. William Murray Charles Galvin and Johnny Williams were Glenstal‘s try scorers and Shane O’Connor added a conversion.