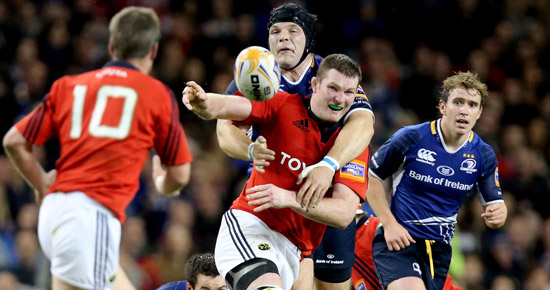 Munster move to fifth place in the RaboDirect PRO12 after their round 6 defeat to Leinster at the weekend and return to league action on Friday October 26th in Thomond Park against Zebre.

The next two weeks will see Munster sides feature in the Heineken Cup and the British and Irish Cup with the following fixtures in store:

View the pictures from Munster's round 6 clash with Leinster here.