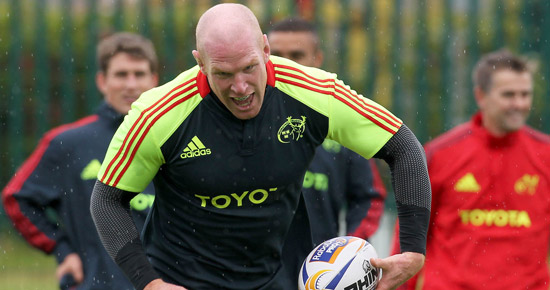 Good news from the Munster camp is that the injuries picked up in the game on Saturday at the Liberty Stadium are not causing great concern.

Conor Murray required stitches to a cut above his eye but shortly after he returned it was thought to be in his best interests to replace him with Peter Stringer.

Stringer finished the game but suffered a calf injury and his progress will be monitored though the expectation is that both will be fit for consideration. The same applies to Marcus Horan who sustained a facial cut playing for Shannon.

Paul O'Connell (back), Johne Murphy (knee) and Luke O'Dea (ankle) are all expected to take a full part in training this week while Ian Nagle (shoulder) did likewise last week but will be given a week or so before being made available for selection and Cathal Sheridan (hand) and Ivan Dineen (groin) are also looking at a return in the same timeframe.