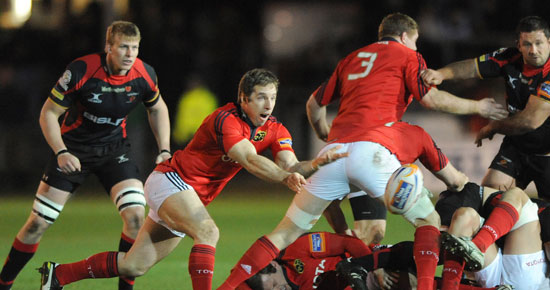 Tomas O’Leary returns to Musgrave Park action on Friday night when he lines out with his new club London Irish for the game against Munster (7pm).

O'Leary won the last of his 126 Munster caps in the RaboDirect PRO12 semi-final against Ospreys last May while his last start in a Munster shirt was at Musgrave Park in the April game against Glasgow Warriors.

Connacht Edge It At The Sportsground.