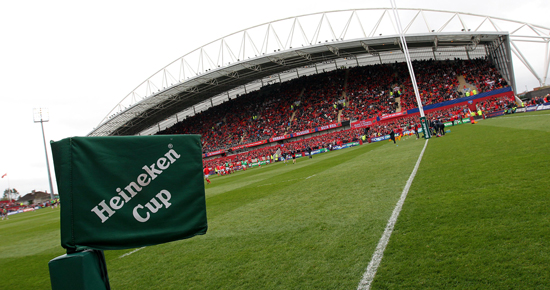 Each of the Tier 1 clubs will be drawn in seperate pools and no pool will have more than one club from the same country with the exception of France, as there are seven French clubs in next season's competition.

The pool draw will be broadcast live on TG4 as the countdown begins to the Dublin 2013 Heineken Cup final at the Aviva Stadium on Saturday, 18th May.