Earls Ruled Out Of Second Test 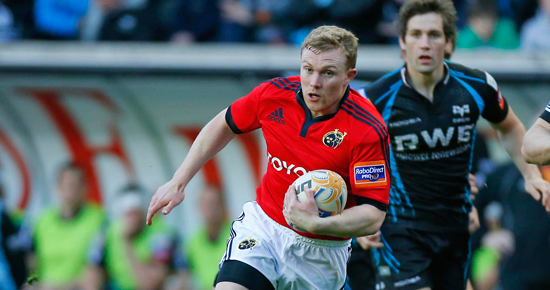 As Ireland prepare for their second test against New Zealand Munster’s Keith Earls has been ruled out of the match day squad due to injury.

Earls picked up a pectoral muscle injury in the later stages of last Saturday’s 42-10 defeat to the All Blacks and will be monitored by the Ireland medical staff for his availability for the third and final test.

Connacht full-back Gavin Duffy has been brought into the Ireland squad as Earls’ replacement.

Ireland prop Cian Healy suffered a shoulder strain during the match, but has made improvements and will continue to be monitored during training this week.

Healy's front row colleague Declan Fitzpatrick sustained a gluteal muscle strain and will also be monitored during the week. Neither player has been ruled out of selection for the second test.