The Keys Are Confident 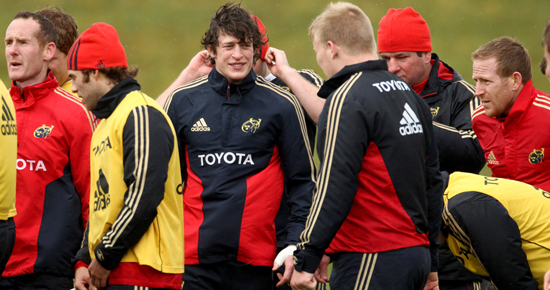 "We are not going to Ireland to make up the numbers – we’ll give it everything and I am confident that we can win." says Cross Keys captain Ross Nash ahead of tomorrow night’s British & Irish Cup final (Musgrave Park 5.30pm).

The Cross Keys skipper, who will also lead the side in the SWALEC final, draws on B&I form to say. " The results from the tournament show that there is nothing to fear because Cornish Pirates won away against Munster and we knocked them out in the last round.

"We also finished above Munster in our group so that means that we go to Cork with confidence.”

If we're to go strictly on the Cornish Pirates game that Nash refers to, played back in November, then expect a cliff-hanger tomorrow night.

In Clonmel that November night, Pirates won with a controversial 80th minute penalty try after Munster had dominated for long periods in difficult conditions. It was already Pirates 15th game of the season while Ian Costello had prepared his side for just their third outing.

Much is made in Wales of this being a bunch of semi-professionals up against the big boys and Nash is not slow to draw on that comparison. " Munster are full-time professionals and have plenty of experienced players in their side. " he says. " There is no doubt that this is going to be the toughest challenge yet. But this is a great opportunity for us to go and take them on in their own back yard and we go there with nothing to lose."

Meanwhile, Munster trained in the wind and rain yesterday in UL and they wait to see if wing Luke O'Dea will be fit to take his place in the starting line-up. If he's not, then Ronan O'Mahony looks the likely one to be drafted in.