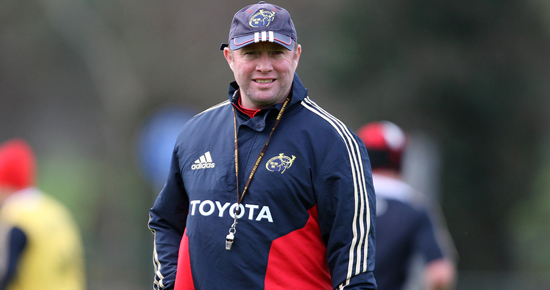 Former Wallaby Blades takes over from Jim Williams as the team’s forwards coach, returning to the position for a second time after a wide-ranging career which has also included experience with both the Brumbies and the Newcastle Falcons in the English Premiership.

Blades assisted Eddie Jones and then David Nucifora during his time on the Brumbies coaching staff. This was followed by two seasons in the Northern Hemisphere from 2002-04 where he was forwards coach for the Newcastle Falcons in England’s club Premiership. He returned to Australia take up a forward-orientated coaching position with the Wallabies in 2004.

Scrivener, who has coached at both the Brumbies and in Scotland, joins the Wallabies for the first time as the team’s Coaching Assistant.

A product of Canberra and a foundation member of the Brumbies playing squad in 1996, Scrivener arrived back in Australia last year to take up the head coaching position within the Australian Rugby Union’s Academy programme. This followed a two-year stint in Europe where he was head coach of both the Rabo Direct Pro 12 (formerly Celtic League) club Edinburgh, as well as the Scotland A side.

McGahan’s experience as Munster head coach is considered a major asset for the newly created role, where he will have a significant involvement in the overall coordination of the coaching and management team, as well as the player liaison, assisting head coach Robbie Deans.

Munster have a RaboDirect PRO12 play off game on the weekend of May 12th with the final a fortnight later while the Wallabies squad for the June Test matches will be announced when the preliminary group of Queensland Reds and Western Force players assemble in Sydney on Monday 28 May.

Costello Names His Final Side