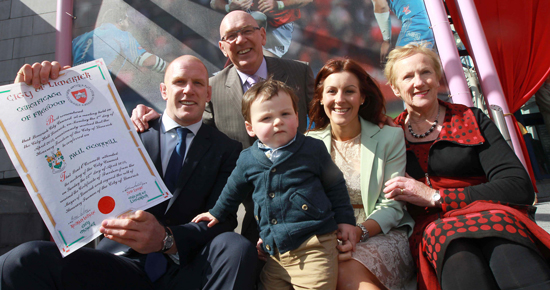 On Saturday night, at a Charity fund-raiser in the team’s hotel in Swansea. the jersey worn earlier in the evening by Paul O’Connell fetched more at auction than a Welsh jersey signed by the Grand Slam winning squad.

Holly's Ball, is an annual event that seeks to raise funds and awareness of autism across Wales.

On returning from the game the jersey, signed by the Munster captain, was presented to the organisers as an auction item.

O'Connell by then was already on his way to London where he spent the night at an airport hotel in order to be back in time for the Freeman of Limerick conferring ceremony at City Hall.

Costello Names His Final Side