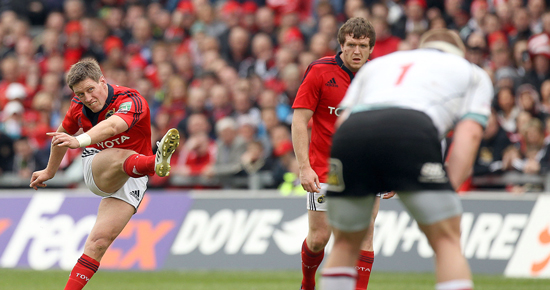 Munster are out of the Heineken Cup following a 16-22 defeat to Ulster today in Thomond Park.

Ruan Pienaar opened the score for the visitors in the 5th minute and added to his three points again five minutes later. A Craig Gilroy try in the15th minute followed which Pienaar had no problem converting.

Another penalty kick from Pienaar and successful drop goal from fly half Ian Humphreys left Munster 0-19 down in the 31st minute with a big mountain to climb.

Things looked up three minutes later as Simon Zebo ran in for a try in the corner and Ronan O’Gara added the extras. A penalty kick for O’Gara put Munster 10-19 at the half time whistle.

The gap narrowed again in the second half thanks to another successful penalty off the boot of O’Gara but ten minutes later Pienaar added another three points for the visitors.

A penalty kick between the posts for O’Gara again in the 60th minute was not enough for the home team with the final score finishing up at Munster 16, Ulster 22. 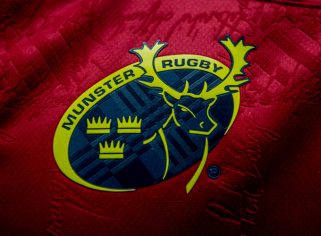