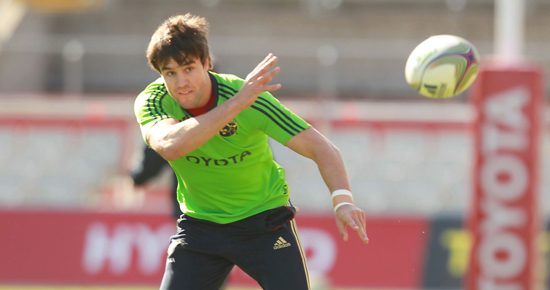 Tony McGahan has named his squad for Sunday’s Heineken Cup knock out quarter final match against Ulster in Thomond Park.

David Wallace, Paul O’Connell and Donnacha Ryan, who did not feature in last weekend’s home defeat to Leinster have been named along with Conor Murray who has returned from a knee injury that he sustained in Ireland’s six nations draw to France.

Video: Costello Prepared For Task Ahead