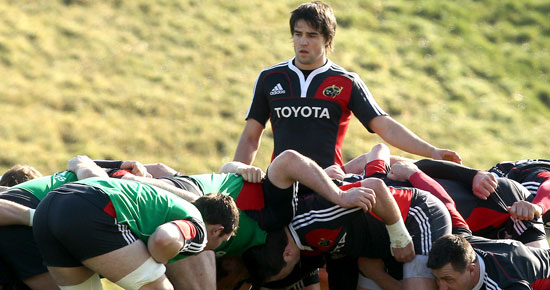 There had been optimism that Murray might make it back in time for this top of the table clash whereas O'Connell was always a doubt. It's hoped however that both may be in contention for inclusion in the squad for the game against Ulster on Sunday week.

Meanwhile Munster have confirmed that Peter Stringer and Dave Foley have agreed one year contract extensions.

Stringer is currently on loan to Newcastle Falcons while Foley who is out injured with a shoulder injury opted for a one year contract instead of the offered two year deal.

In Pics: Munster Training In Fota