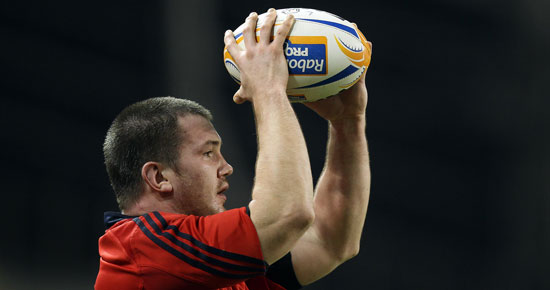 Munster have named a 28 strong squad for the RaboDirect PRO12 game against Connacht at the Sportsgrounds on Saturday (7.45pm).

It does of course exclude those players who were on active duty with Ireland during the RBS Six Nations although the likes of Damien Varley and late call-up Tomas O'Leary are named and likely to feature against Connacht.

O’Leary Signs Up With Irish