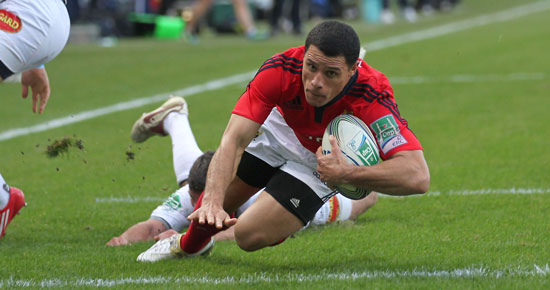 Doug Howlett has agreed terms that will keep him with Munster until the end of season 2012/2013.

The former All Black joined Munster mid way through the 2007/08 season and has been a resounding success scoring 32 tries since making his debut in the January 2008 Heineken Cup game in Clermont. Besides his proven try scoring ability Howlett’s overall work-rate on and off the field has seen him become an integral part of Munster's success.

Howlett stated "I'm obviously delighted to have agreed terms. My family and I are very happy here in Munster, it's home to us and we're very much looking forward to remaining here."