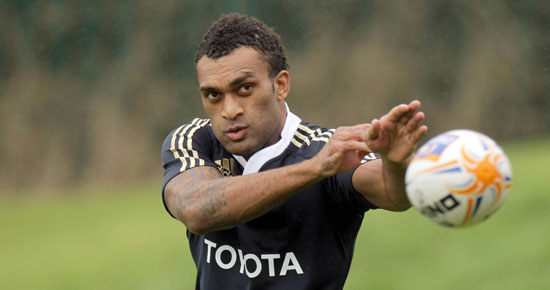 Munster’s new signing Save Tokula attended his first training session with the club today at the Cork Institute of Technology.

Waikato and Chiefs centre arrived into Cork last Sunday on a four month contract following the return of centre Will Chambers to Australia and to cover injured players Tom Gleeson (shoulder) and Troy Smith (knee).

The 26 year old Fijian born Tokula was a member of the New Zealand Sevens squad in 2009 and 2010. He has played 36 times for Waikato since making his debut against Wellington in 2008 and last season played Super Rugby with the Chiefs.