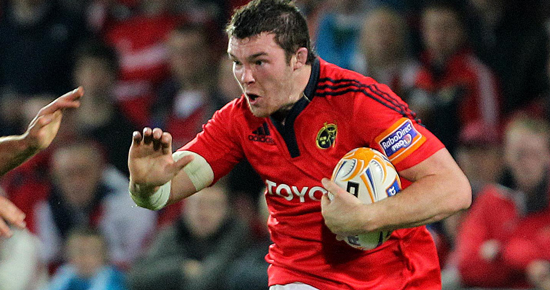 The Ireland team to play Italy in the RBS 6 Nations Championship at Aviva Stadium on Saturday, February 25th has been announced featuring the same starting XV and replacements from the postponed game against France two weeks ago.

Head Coach Declan Kidney has named four Munster players in his starting line-up including Keith Earls, Conor Murray, Donncha O’Callaghan and Paul O’Connell who will captain the side.

Munster’s Peter O’Mahony is named on the bench along with Donnacha Ryan and Ronan O’Gara.