O’Gara Starts, Jones On The Bench 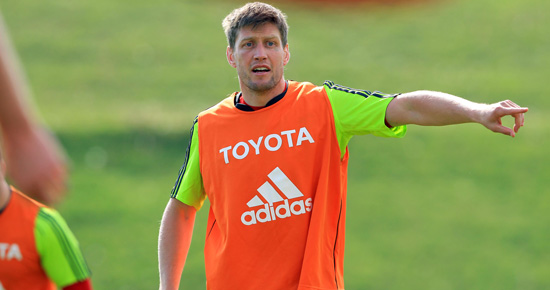 Ronan O’Gara, Donnacha Ryan and Peter O’Mahony will all be in the Munster starting XV when they resume their RaboDirect PRO12 campaign at the Stadio di Monigo

Also included in the match day squad is Felix Jones who has been named on the bench as is Tommy O'Donnell. It's the first time this season that Jones has been named in a Munster squad after suffering a foot injury in the August international against France while O'Donnell has been out since the Ulster game in December.

Mick O'Driscoll captains the side.

In Pics: Munster Training In CIT