Laulala Resists The Lure Of The Yen 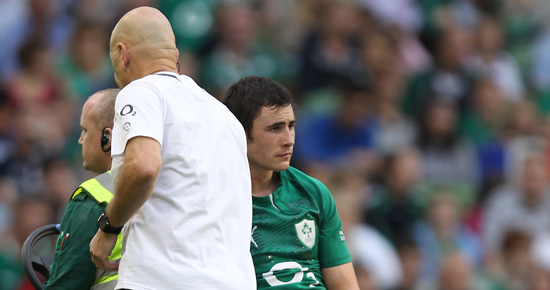 Perhaps one of the most pleasing aspects of what was a busy week for Munster in the transfer market, was the decision of Casey Laulala to forego the riches of the Orient in preference for a two year deal with Munster.

There were offers from Japan and from the cash rich French clubs for the services of the 29 year old whose decision to plump for Munster obviously hinged on what has been a hugely positive experience of the Celtic culture he and his family have enjoyed since moving to Cardiff in 2009.

"You obviously play for yourself and the team but you want to also please the people that do come out to watch you. So I hope I've done that." Laulala said yesterday when news of his move had been announced.

"The supporters have been great and I must have done something right for me to get a song from them.

"Munster are a very successful team so I'm looking forward to joining them and experiencing life in Ireland."

The successful conclusion of the Laulala deal followed closely that of James Downey but their ambition to add Tommy Bowe and Rhys Ruddock would seem to have been thwarted with the news that Bowe has indicated that should he accept an IRFU contract, the pull of home is the deciding factor in him choosing Ulster rather than Munster.

Ruddock is also understood to have decided to remain with Leinster rather than accept the Munster offer.

Meanwhie, this evening's AIL clash between Shannon and Young Munster will see a return to action for Felix Jones for the first time since injury in the pre World Cup internationals. Jones is expected to start and the hope is that he will get at least 40 minutes as he eases his way back into full match mode.