O’Callaghan To Start, O’Gara On The Bench 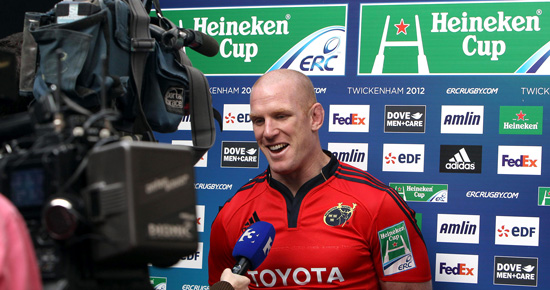 The two contentious positions on the Ireland side for the opening game in the RBS 6 Nations, lock and out-half go to Donncha O’Callaghan and Jonathan Sexton. Ronan O’Gara is named on the bench as is Peter O’Mahony.

There are three changes to the side that lined out against the same opposition in Ireland's last game in the 2011 Rugby World Cup.

Keith Earls will start at centre alongside Gordon D'Arcy with Andrew Trimble coming into the team on the left wing. In the half-backs Jonathan Sexton will win his 25th cap and he is partnered by Conor Murray.

The pack is unchanged from the last game with Paul O'Connell wearing the captain's armband. The uncapped Peter O'Mahony is named in the replacements.

Hanrahan & Scannell On Ireland Under 20s