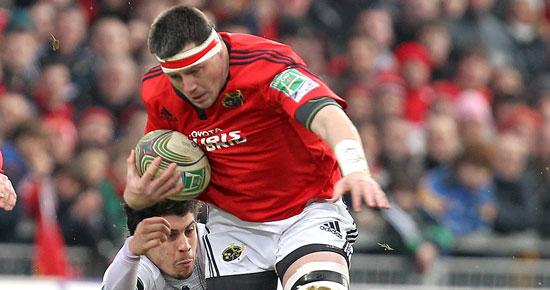 James Coughlan, on foot of his impressive performances all year, has been called into the Ireland senior squad in place of the injured Leo Cullen.

Coughlan is one of seven Munster players named in the Ireland squad including Munster and Ireland captain Paul O’Connell.

Munster forwards Ian Nagle and Peter O’Mahony have been included as additional players.