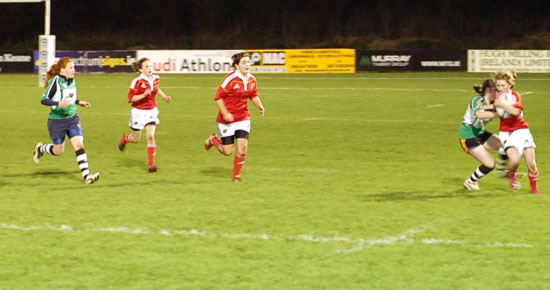 The Munster U18 Club Selection side defeated their Leinster counterparts last weekend in Thurles with a final score of 39-5.

The Munster U18 Club Selection side defeated their Leinster counterparts last weekend in Thurles with a final score of 39-5.

Munster made an excellent start to the game scoring a try in the first five minutes followed closely by a second converted try giving the home side a comprehensive lead in the first quarter.

Forced to step up their game the Leinster pack piled on the pressure and enjoyed a period of dominance in which they managed to score a push over try.

This spurred Munster on and they added a further two tries before half time to lead 22-5 at the break.

In the second half Munster pushed on past a tough Leinster defence to add a further 17 points giving them a 39-5 winning score at the final whistle.

This was a very positive performance for both sides adding to a valuable learning platform for players competing to represent their province at senior level. 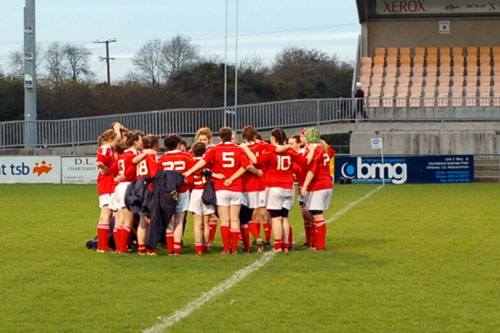 Munster U18 Club Squad Selection get motivated at half time