O’Connell Not Ruled Out 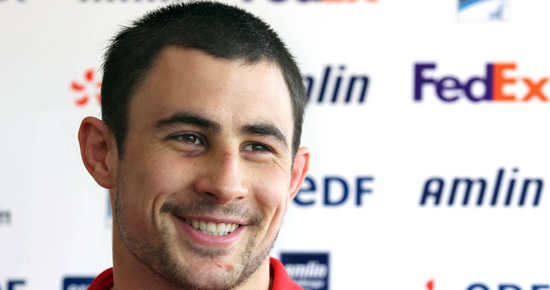 The Munster captain, who injured an ankle in the game against Leinster a month ago, took an active part in Tuesday's squad training session at the match venue and if he comes through today's final run could be in the match day 23 when it's named tomorrow lunchtime.

Neither has Tomas O'Leary been ruled out. He was due to play for the Munster A side in Moseley last Saturday but was forced to withdraw with a back spasm and, like O'Connell, a decision on his participation will be left until tomorrow subject to his well being following today's run.

Munster go into Saturday's game looking for their 10th successive win but coach Tony McGahan puts things in context when he said. “This is a stand alone fixture. There's the prize of a final appearance at the end of it. If we're not good enough on the day, the fact that we've won nine in a row won't act as much consolation.”

Those sentiments were echoed by Felix Jones, “We'd be happy right enough with the way things have gone over the past number of weeks. Particularly how we've managed to close out tight games. But we can't fall in love with ourselves. There's nothing won yet. We're in no finals. And eight in a row or nine, or whatever it is, means nothing when we run out on Saturday.”