O’Gara To Start Against Scotland 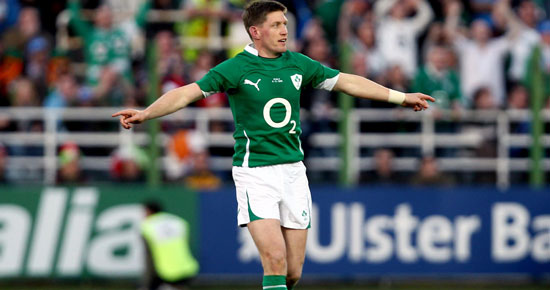 The Ireland team to play Scotland in the RBS 6 Nations has been named and includes Ronan O’Gara at number 10.

The Ireland team to play Scotland in the RBS 6 Nations has been named and includes Ronan O’Gara at number 10.

Peter Stringer is named in the replacements as Eoin Reddan starts in place of Tomas O'Leary who has been ruled out due to a back injury.

O'Gara is set to win his 106th cap on Sunday as Donncha O'Callaghan, named in the second row, will win his 70th cap.

Tommy Bowe has recovered from his knee injury that ruled him out of the first two games of the championship and is named on the right wing in place of Fergus McFadden.

Ireland take on Scotland in Murrayfield on Sunday, ko 3pm.