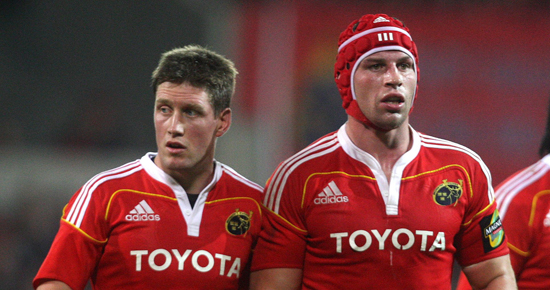 Munster make just four changes, from the side that saw off Toulon in round 2, for Sunday’s clash with Ospreys at Thomond Park Stadium (1pm).

Munster make just four changes, from the side that saw off Toulon in round 2, for Sunday’s clash with Ospreys at Thomond Park Stadium (1pm).

One of those changes is positional with Johne Murphy switched from inside centre to the wing berth occupied for the Toulon game by Denis Hurley to accommodate the selection of Sam Tuitupou who missed that game because of suspension.

Elsewhere, Tomas O’Leary gets the nod over Peter Stringer and up front, the one change sees James Coughlan in at blindside wing forward for Alan Quinlan who could win his 206th cap from the bench.