Further Tests For Earls On Monday 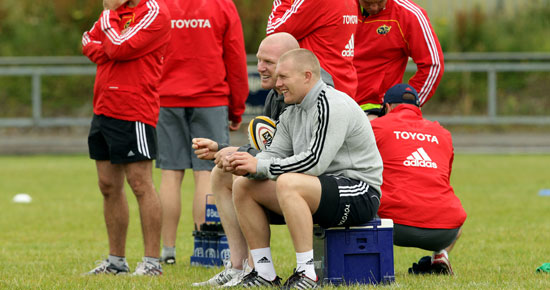 Keith Earls will have further medical examination on Monday to determine the exact extent of his damaged ankle.

Keith Earls will have further medical examination on Monday to determine the exact extent of his damaged ankle.

Earls sustained the injury in training in Cork on Monday and although initial indications are that there is no break it will need a scan on Monday to determine the full extent of the injury.

Meanwhile Sam Tuitupou who retired at half time in the game against Leicester is expected to be named in the Munster starting XV when it is announced later today for the game against a Gloucester side buoyed by a 24-14 win over Magners League champions Ospreys at the Liberty Stadium last week.

Supporters can also expect to get a first glimpse in a Munster jersey of former Leicester Tiger. Johne Murphy while Doug Howlett, who missed the game against Leicester last Friday is also likely to start on the wing