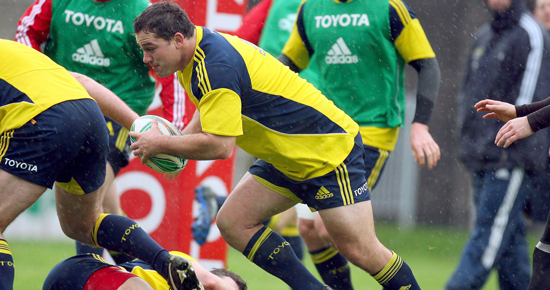 The first of the Munster squad will commence pre-season training on Monday June 25th in preparation for the 2010/11 season.

The first of the Munster squad will commence pre-season training on Monday June 25th in preparation for the 2010/11 season.

Those players not involved in Irish and U20s squads will assemble in Limerick on Monday to under-go fitness tests, and then will train in their respective centres during the week as they finish with a full squad session on Friday in Cork.

Munster hope to hold training sessions throughout the province over the next coming weeks and any further details will be posted on the website.

The senior internationals will return to action on Monday July 26th and the squad will head for the La Manga Club in Spain on Tuesday August 10th for a week long pre-season training camp.