No Flight For Earls 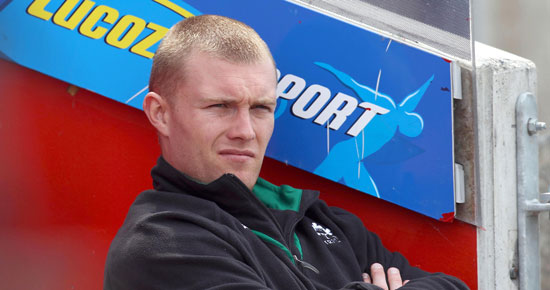 Keith Earls will not be among the Irish players when they assemble in the early hours of Saturday morning for the long haul flight to Auckland.

Keith Earls will not be among the Irish players when they assemble in the early hours of Saturday morning for the long haul flight to Auckland.

Earls has been ruled out with a groin strain that has seen him sidelined since the Heineken Cup quarter final game against Northampton Saints in Thomond Park Stadium in early April.

His place in the squad goes to Connacht's Gavin Duffy who yesterday was named at outside centre in the Ireland squad for the game against the Barbarians tomorrow night.

Ireland coach Declan Kidney gave a clear indication at that team announcement yesterday that Earls would not be travelling, with Duffy's inclusion in the side for the Ba Ba's even though not in the original tour squad, Kidney also stating that he would not be bringing players not fit enough to take part in some of the scheduled games.