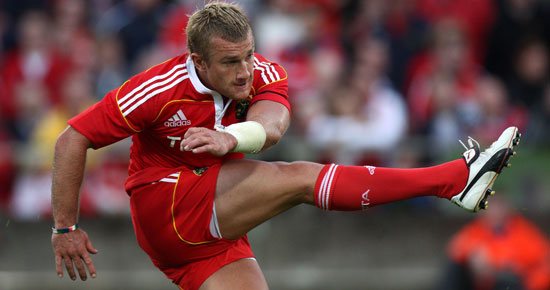 Newcastle Falcons have announced the signing of Munster fly half Jeremy Manning on a one year contract.

Newcastle Falcons have announced the signing of Munster fly half Jeremy Manning on a one year contract.


24-year-old Manning made 48 apearances for Munster since making his debut in September 2005.

Falcons head coach Alan Tait welcoming  the signing of Manning  said, “He's a quality player. He has been in a fantastic environment over in Munster for the past five seasons, learning from the greats like Ronan O'Gara.

“He knows what it's all about at the top level. He kicks goals, runs the back line well and he will definitely provide plenty of competition for the likes of Jimmy Gopperth and Tom Catterick here.”

“We put the feelers out and were inundated with fly halves from all over the world, from the Championship, Premiership, Celtic League and everywhere you can possibly think of. After a lot of hard work and research Jeremy emerged right at the top of that list, and from there it was actually pretty seamless getting him on board because he really wants to be at this club.

“He's at a good age, he wants a new challenge after five years at Munster and he recognises that Newcastle Falcons is a place where he can continue to progress his career.”