Leinster Through To Magners Final 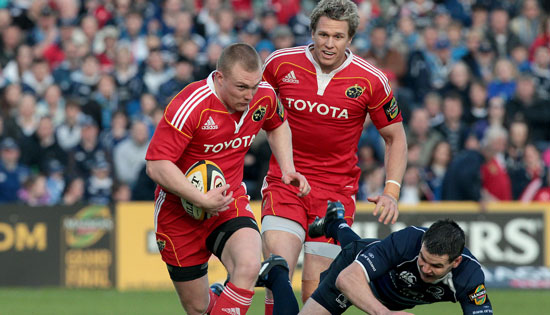 It was a victory they richly deserved scoring the only try of a close contest in the 43rd minute when they trailed 6-3 following a Ronan O’Gara drop-goal less than a minute after the restart.

It was the perfect start to the second half when they had the wind at their backs but they never really managed to gain the upper hand and Robert Kearney’s try, created  and converted by Johnny Sexton proved crucial.

Sexton landed two further penalties while O’Gara missed twice, the second from the half way line.

In the opening half, Leinster took the lead with a penalty from Sexton in the 18th minute but O’Gara responded with a 40 metre effort into the wind in the 33rd minute.

Munster had carved out the better scoring chances, Nick Williams losing his footing with the line at his mercy and shortly after that Paul Warwick struck the crossbar with a drop goal effort to leave the going in level 3-3 at half-time