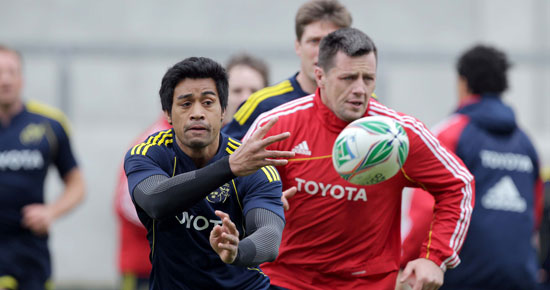 The 29 year old Ireland International Sevens player’s five previous appearances in the competition have come off the bench but tomorrow he wins his 40th Munster cap having debuted in 2006 against Cardiff Blues at The Arms Park.

Coughlan’s inclusion at number 8 means David Wallace moves back to the openside while Keith Earls’ recovery from a groin injury leaves the backline showing just one change from the one that played the Saints back in January, Earls renewing his centre partnership with Jean de Villiers while  Lifeimi Mafi is named on the bench.

Further good news for Munster is that their other groin injury sufferer, Paul O’Connell, has also been included in the side. The captain and Earls both trained in Cork yesterday and both will be expected to take part in the Catain’s Run this evening.