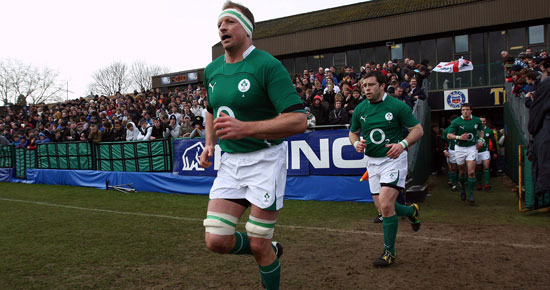 The Ireland Wolfhounds Squad named today for the A international against Scotland next Sunday in Ravenhill includes those Munster players who were involved last Sunday in the game against England Saxons.

The Ireland Wolfhounds Squad named today for the A international against Scotland next Sunday in Ravenhill includes those Munster players who were involved last Sunday in the game against England Saxons.

Also returning to the squad are Denis Hurley, NIall Ronan and their soon to be colleague Johne Murphy who it was announced today would be joing Munster at the end of the current season.

Ireland team manager Paul McNaughton in announcing the squad kept it to 20 with a decision on the two remaining positions, hooker and back-row, dependent on what side Declan Kidney names tomorrow for the opening RBS Six Nations game against Italy on Saturday at Croke Park.

Rory Best, withdrawn from the Ireland A game on Sunday at half-time, must be very much in Kidney’s consideration for Saturday as must Jerry Flannery. However, given the paucity of game time either has had, it could mean a first Ireland senior cap for John Fogarty ?

The return to fitness of Hurley and Murphy means Fionn Carr is left out despite an impressive showing against the Saxons last weekend.